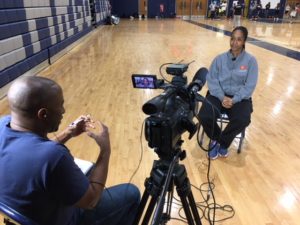 The first episode airs January 8th and features Largo Girls Basketball, one of the best programs in the county. The Lady Lions have been a state finalist the last two seasons, and also produces well-rounded student-athletes. Last year’s star player, Stephanie Guihon finished 3rd overall in her class academically with a 4.0 Grade Point Average, and currently attends Longwood University in Virginia. “Finishing third in my class I just have to give it up to my teachers and the staff,” said Guihon. “Not only did the coaches hold me accountable and make sure I was a student before I was an athlete, they made sure as a student-athlete I knew how important my academics were.” 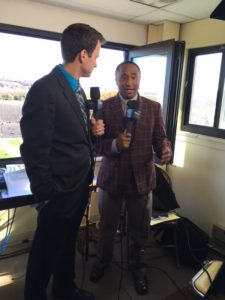 Owens is the Executive Producer of the series, and also mixes in color analyst work for Patriot League Network football broadcasts. This past fall, Owens worked five broadcasts. “I love this work because its college football at its core,” said Owens. “College football for 90 percent of schools is not 100,000 seat stadiums, its 10, 20, or 30 thousand folks enjoying a local game and cheering on student-athletes who play on Saturday, and then are busting their butt to get an education on Sunday.”