(Laurel, Maryland)–What does it mean to give of yourself? It is a phrase easy uttered but difficult to carry out. Recently, I had the honor of partnering with Laurel TV to cover the story of Laurel (Maryland) Police Officer Ashley Swidarski that helps remind us that good people are amongst us everyday. Rewind the clock to late 2016 when Swidarski’s four year old nephew, Caiden, was diagnosed with kidney disease at age four.

“He was thin, he was pale,” said Swidarski describing what her nephews appearance as his kidney function percentage plummeted from 30 percent to seven.

Swidarski told her sister and brother-in-law (who reside in Pittsburgh, Pennsylvania) she was willing to do anything to help the family, including donating her own kidney. 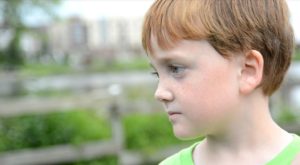 ‘”It was instant whatever you need,” said Swidarski. “I’ll do it, if he needs a kidney he can have mine.”

But Swidarski’s blood type wasn’t a match, so the family was forced to look elsewhere dialysis loomed for Caiden.

“That was hard,” remembers Swidarski. “We’re thinking like oh gosh now we’re going to be waiting. The worry is he’s not gonna make it, to have a five year old having dialysis is extremely hard on the body.”

Swidarski’s sister Katy, who had previously used social media to keep family updated on Caiden, decided to post a plea to others outside the family asking them to consider organ donation to help Caiden and/or others in need. The social media push received more than 1300 shares and it worked.

”By the grace of God,” said Swidarski beginning to cry. “A woman named Mary, she had never met Caiden but she wanted to do it.” 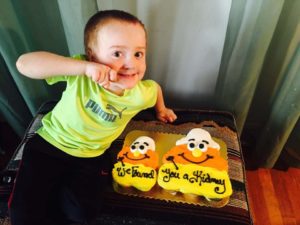 And Mary was right on time, Swidarski says the family had actually been touring a dialysis treatment center where Caiden was to begin treatment when they found out the news. Surgery was quickly scheduled for November 8th, 2016, and Swidarski remembers the relief the family felt when doctors notified them the surgery had been a success.

”When we found out they were both ok, we were like whoo, we did it.”

Swidarski, however, wasn’t done trying to help. Her nephew could not accept her kidney but she figured someone else could.

”I had already gone through this and I was like there’s someone out there suffering as much as we are, and I’m sitting here on a perfectly good kidney. It felt more selfish to keep it,” said Swidarski.

She decided to become part of a paired exchange of kidney donors, a chain of sorts where donors agree to help recipients whether they know them or not. Ashley’s kidney eventually went to a man who had been on a waiting list for 10 years. Today Swidarski continues to be an advocate for organ donor programs and social media efforts such as the hashtag stop the wait. 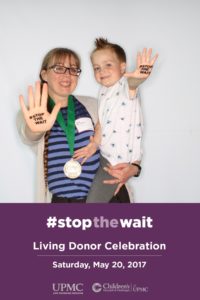 ”Being a living donor was something that was important to me,” said Swidarski. ”Its such an important one to consider because someone else’s life is being prolonged. I just wanted to make a difference, I just wanted to help somebody.”

Indeed she did, the surgery between her and her recipient was performed right around Christmas.

“If you could imagine how amazing that felt to begin with, and then to top it off this is somebody’s holiday, its the ultimate gift.”

Caiden has some limitations in terms of physical contact, but Swidarski says he is doing fine, as is her recipient. Please enjoy the video link below about this young man with a fighting spirit, and a caring Laurel Police Officer. It was my honor to cover this story as a partner with @LaurelTVorg.

Slow Down to Get Around

Visionary Media Productions Produces A Day in the Life