The following is a wrap up written by Bowie State’s Tony Squirewell of a recent elite skills basketball camp held at St. Leo The Great Catholic School in Fairfax, Virginia. 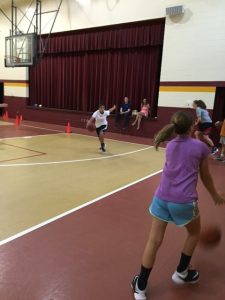 The camp was offered to boys and girls currently between the 6th and 9th grades. As I observed Coach Allen and his staff mentor participants through various basketball skills, it became obvious why he’s earned so many national honors. He was named American Family Insurance ALL-USA Girls Basketball Coach of the Year for 2015-16 after his team went 33-1, and won its 10th consecutive Virginia Independent Schools Athletic Association title.

The camp was a great learning tool for all participants as coaches prepared them for athletics and academics at the high school level.

The keynote guest speaker at the event was David Owens, former WUSA9 (CBS) Sports Anchor. Owens delivered a great message about displaying character during victory and defeat, as well as do’s and dont’s on social media.

The camp featured both local and national flavor. Keylie Rogers, an 8th grader traveled all the way from Oregon to attend. 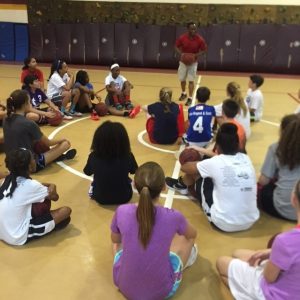 “This camp helped me with my post skills to shape me more toward my idle Brittney Griner,” said the six-foot eighth grader.

Squirewell is a senior communications student and member of the Bowie State football team. 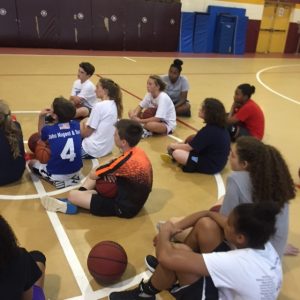